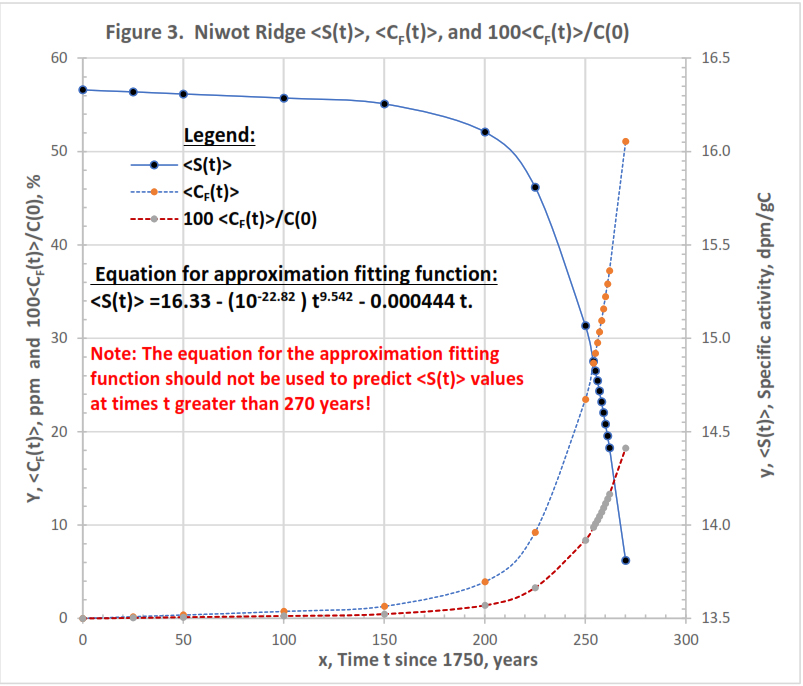 As many of you may know, the three owners of RSCS are all alumni of the University of Massachusetts – Lowell’s radiological health program. Their college mentors, Ken Skrable, George Chabot and Clay French, performed an exhaustive and compelling analysis of the potential cause (or lack-thereof) of global warming and prepared a scientific article that details their conclusions (links below).

Most people believe that global warming is due to increases of CO2 released to the atmosphere from the burning of fossil fuels by humans (i.e. anthropogenic CO2). Here are a few things you may not know.

Attempts to present this analysis to NOAA with the hope of obtaining a review and constructive criticism of the approach and methodologies taken have not been successful. We believe the research conducted by Ken Skrable, George Chabot and Clay French provides an unbiased analysis that has scientific merit. While the conclusions provided may be contrary to what many believe, we are presenting this research as it may have significant implications on the issue of global warming, its world-wide cost, and global politics.

Three separate documents describing this issue in detail are available for review; a synopsis of the research, an essay “Anthropogenic-fossil and Non Fossil Components of Mauna Loa and Niwot Ridge Annual Mean Carbon Dioxide”, and the article “Anthropogenic Fossil Carbon Dioxide and Claims of Its Dominance and Role in Global Warming“.